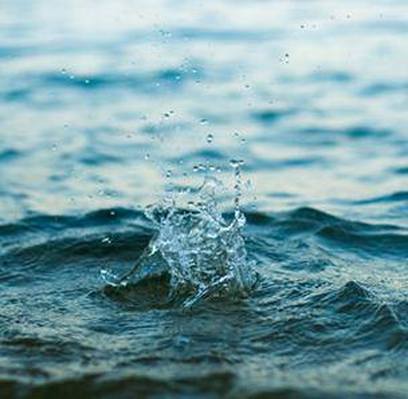 The brown-eyed boy looked down at the coin lying in his dusty hand. It was his first wage. He turned it over and over, his mind racing in so many different directions. To most, it wasn't a lot for a week’s wage but to him, it was the pay of a prince. Underneath the coin he noticed the blisters on his hands. Somehow, the coin cooled the stiff ache. He had worked his hands into one massive blister, mending the frayed ropes and tending the camels of the town merchant. The man was hard on him, but the brown-eyed boy considered him fair.

He had been thinking all week about what he would spend his money on. His family needed so much, and while that carried much weight, in his heart he had his own dreams. And that carried much weight as well, all this weight on such a tiny frame of a boy. He noticed how large the coin looked in his slight hand. At twelve, he still looked years younger, a fact that his older brothers never let him forget. Many thought him incapable. He heard their comments and saw the pitiful looks from strangers. Yes, many people cast their eyes down on him, but not his father. It was his father that had helped him get this job. He had supposed all his life he would follow in his father’s footsteps and accept the family trade. But, much to his relief, his father, without discussing it with him, instructed him to meet the merchant and to do whatever the merchant instructed. The merchant, obviously skeptical of his size, put him to the test by giving him five of the largest and most stubborn of his camel herd. But, as much as the camels pulled against him, they made little head way, for what he lacked in stature, the brown-eyed boy made up for in determination.

His heart sighed in relief as he curled his fingers around the coin and headed home for the day, but, not before sticking his tongue out at the most stubborn of all the camels as he passed by. As was his routine, he took the long way home by the Sea of Capernaum. The huge body of water beckoned to him. There was mystery and wonder to the gentle lapping waves on the rocky shore. The brown-eyed boy imagined the most massive stature of any man could stand on its shore and feel small in comparison. In that scope of measuring, the young boy reasoned, it didn't seem threatening to be seen as small after all. But, as he looked out, a crowd had gathered and with sadness he knew he wouldn't be able to complicate his thoughts and dreams in solitude. So, he made his way quietly to the edge of the water and listened intently to what the Speaker in the crowd was saying. But it wasn't long before the drawing of his mind was directed to the sea.

Later in life, he would say this was the first time it happened, the first of many more times to come. The Man speaking in the background caught his attention and snapped him back into the reality of the present moment. As he strained to hear what the Man was saying, leaning his ear toward Him, he heard the Whisper. He looked around in wonder and confusion. The wind. The waves. The rocks. They were all the same and somehow distant and different. And it came again. The whisper. “Toss it in.” Instinctively, the brown-eyed boy closed the coin tighter into his sweaty palm. And he stepped away from the water’s edge, eyeing it closely. “Give your gift.” Without the words being spoken, he knew this was about the coin that lay still in his hand and it was about so much more. As he eyed the deep water he took three steps backward, and then, with all the might his tiny tired muscles could muster, he ran forward and tossed the coin in a low arch into the murky water. It fell too quickly and without ceremony. With the beating of his heart in his ears along with the depth of explosion he felt in his body, he knew there would be a tidal wave or an earthquake. But the seconds passed and nothing happened. Time must have escaped somewhere because as he turned away from the water he noticed the crowd was gone. No one was left, except the Man who was speaking. And He was coming his way. The brown-eyed boy watched solemnly as He passed by. As their eyes meet, the Stranger smiled and nodded at him, and he wondered why his heart skipped a beat and the hair on his arms stood on end.

When he returned home that evening he was chastised by his brothers for losing his coin, his first wage. But, his father only nodded, as in deep thought, when he relayed his experience. As he laid his head on his pillow that night, he wondered about the whisper, about not just what he heard, but what he felt. He did not have any answers but as he closed his eyes and his body gave into sleep, he knew he had obeyed. That fact made him feel “large” for the very first time.

The brown-eyed boy grew into a brown-eyed man and he thought several times about that first experience and wondered at it all. What had that tiny coin, tossed into the vastness of the sea really accomplished? His first wage, all that he had, he had cast into the depths. And the sea had swallowed it up, barely a ripple on the surface of the water. He shakes his head in wonder and says to himself, “The moment had felt so much larger than the reality proved to be.” But now, he knew the Whisper and trusted the Voice. And for reasons he can’t explain, it is always the Man’s face he saw on the shore that day he imagines when the Voice speaks to him now. And while the hands didn't grow much larger than the twelve year old version of that day, the coins inside his palms certainly did. The brown-eyed man’s life proved the shaping of what he heard. And even though looking back at the supposed nonsense of it all, he knew that if he had to do it over again, he would.

“Nevertheless, lest we offend them, go to the sea, cast in a hook, and take the fish that comes up first. And when you have opened its mouth, you will find a piece of money, take that and give it to them for Me and you.” Matthew 17:18

The brown-eyed boy teaches us, the smallest acts of our choices always force a ripple upon the surface of the waves of our reality. Sometimes, in this life, we may not see the reaction or reflection of that ripple or the affect it incurs, but do not fear, if we do not see the effect in this life, we most assuredly will in the next.
We would love to hear from you! You can contact us at dayofgrace92@gmail.com!
Or call us at 229 315-0362
The voice of fear, doubt or unbelief speak to us only to remind us that we are creatures of faith, courage and boldness!         ~Laura G. Smith